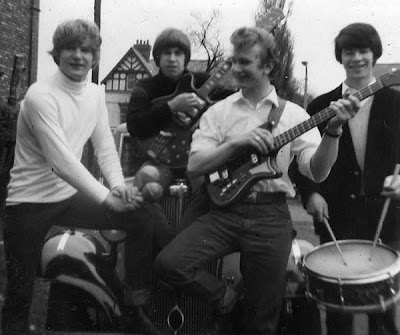 Another Screaming Lord Sutch’s tribute band from Urmston, Lancashire, fronted by Brian Gilbert and managed by his brother Geoff. The band frequently appeared at Shaw Hall, in Urmston as well as Taylor Bros Club, Eccles.
The Vampires from Liverpool were a different band from the previous one but equally obscure.
Karl & The Vampires (1964 - 1965)